At a recent Sunday Mass, my parish priest joyfully announced that those children “who have attained the age of reason will be receiving their First Holy Communion today.”  My eldest daughter, Frances, was among them. Franny wore my wife’s godmother’s vintage dress, and my wife made her a flower-topped veil.  I was so proud!

That phrase, “age of reason,” warrants some reflection, as our ability to reason is not only a basic prerequisite to receiving the Eucharist for the first time, but is also criterion for healthy engagement in social and political life.

What is reason?  According to the Catholic Encyclopedia, the “age of reason” is the time at which human beings are deemed to begin to be morally responsible.  Aristotle saw human beings as distinct from plants and animals in so far as we not only need nutrition (like plants) and have instincts (like animals), but that we’re rational – that is, we have the ability to reason – a unique capability among organic creatures.  Consistent with this, the Church understands reason to be our cognitive faculty.  Humans are reasonable insofar as we come to conclusions based on sound premises. Using reason, we come to know, examine, and weigh various sorts of evidence and ultimately make decisions.

Reason has some foundational conceptual building blocks that are slipping away in today’s world.  For example, implicit in a sound use of reason is a conviction that truth exists, is knowable by every person, and insofar as we come to know it, it obliges us to act in accord with it.  This pertains no less to moral truth. Replacing this concept of universal, knowable truth is the erroneous idea that there is either no such thing as truth, or that each person is able to create it for themselves.  Accordingly, so the thought goes, there are no first principles upon which we can rationally build or, if there are, one can build on them in any way one chooses, like a new tower of self-willed Babel. This wrongheadedness is present in our politics, even at the local and state levels.

In Pierre last legislative session, I testified on behalf of the Catholic Conference in favor of H.B. 1225, a bill that would have recognized the principle that sex is an immutable characteristic, an unchanging material and spiritual reality, and that each human person is eminently lovable as they are created, male or female.  An elected representative approached me in the hall later that day to compliment my short presentation. “You didn’t use fear or charged emotion like other testifiers,” he said, “you were so reasonable.”  I was grateful for the compliment, yet disappointed — the gentleman hadn’t voted as I proposed.  Even if we can reason our way to the truth at the heart of a matter, it seems, once we arrive there we can still do however we please.  This is not a recipe for the right ordering of social life.

Lastly, a caveat and invitation:  reason is an important tool and gift, but it cannot save us.  Enlightenment thinkers thought reason would propel us forward to new heights of progress and free humanity from the bondage of closed-minded religion.  The French revolutionaries in their rejection of faith set up a statue to the goddess of reason in the Cathedral of Notre Dame. How wrong they were! Reason is an ability of the human mind, but it cannot§ replace God and the gifts He gives us.  Reason unmoored from the transcendent Creator, in the words of Pope Emeritus Benedict, is like a windowless concrete bunker illuminated by artificial lights in which we breathe stale re-circulated air. In the bunker we think we’re self-sufficient with our “own” feeble light and atmosphere, but in fact the raw materials always originate in a gift of God.  How much easier it would be to throw open the windows to God’s wide world, to take in the sun and wind, the earth and the sky! Only with the windows and doors wide open to all that the Lord gives do we make right use of reason, for which the Church is a sure guide.

– published in the West River Catholic, May 2019 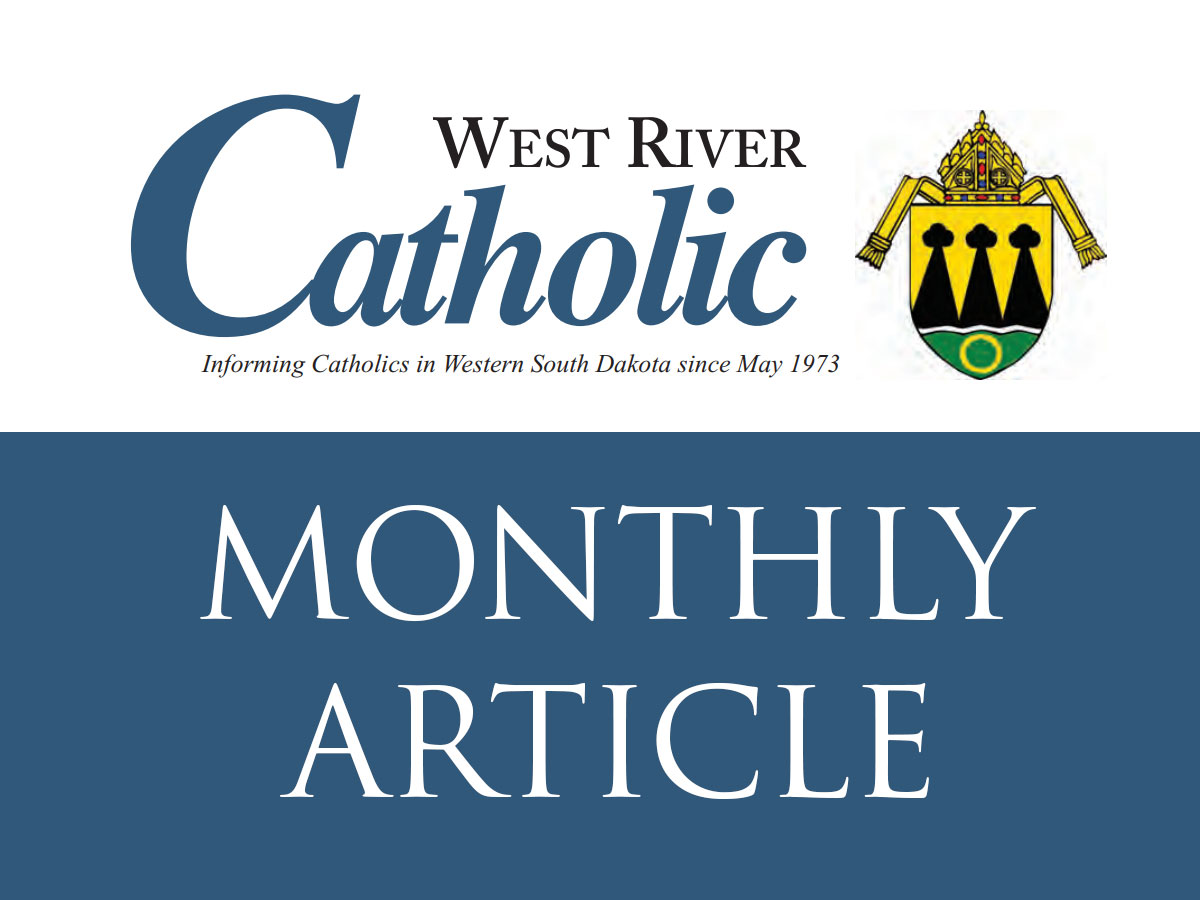 This month we celebrated 242 years since the founding of our nation through the signing of the Declaration of Independence.  Amidst the fun of fireworks, parades, and festivity, it’s easy to gloss over what it Read more…

I spent last Saturday afternoon with my hands in the dirt.  My wife and I just bought a house in town, near where I work and where we worship.  It’s about a hundred years old Read more…